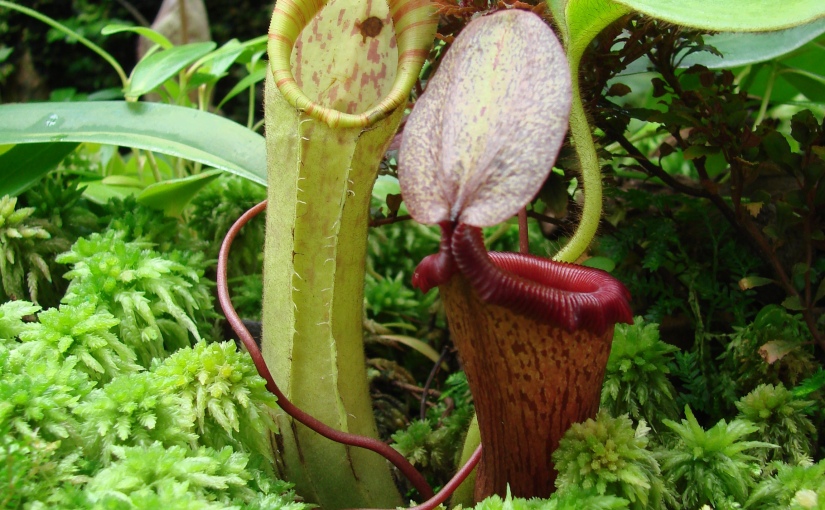 When I was very small, I was a brownie girl scout.  The uniforms were tiny brown pinafores with wool beanies.  Even I thought they looked old fashioned and I was 4 years  old.  In hindsight, I think I assumed they were old fashioned because anything that made old ladies barely bigger than I was coo and talk to me like an infant had to be old fashioned.  There’s really nothing quite like going from reading Dune and wondering how to pronounce Kwisatz Haderach to being demoted to imbecile by a complete stranger burbling baby talk at you and attempting to pinch your cheeks.  I’m sure the found me just as disturbing as I found them so in the long run, I think we’re even.

Aside from the songs I learned as a brownie, the only other thing that really stuck in detail was the tale of the brownies.  I haven’t read it in years, so my recollections of it may have been skewed with time.  It  went something like this:

A nice old shoe makers business was doing poorly and he and his wife were about to lose their home.  They didn’t have any children so there wasn’t anyone in the world to help them.  One night he was finishing the last pair of shoes he had supplies for and he was making them as fancy as he could so someone would buy them.  He went to bed before they were finished.  When he woke up the next morning, the shoes were perfectly finished and fancier than anything he could have done.  The stitches were so tiny he and his wife figured a brownie must have done it.  The shoes sold for a great deal of money and he and his wife were saved.  Each night afterward, the shoe maker would start a pair of nice shoes and go to bed leaving them unfinished on his workbench.  When he awoke, the shoes would be beautifully finished.  Business boomed and the couple were happier and wealthier than they’d ever been.   When she couldn’t stand it anymore, the shoemakers wife hid where she could see the workbench at night and saw not one, but two tiny people wearing rags and sewing merrily on the shoes.  When she told her husband, they both wanted so badly to thank the tiny brownies who had helped them, but they knew they couldn’t – because if they thanked them, they would leave.  One day, when they’d saved enough money to live out the rest of their lives, the shoemakers wife made two sets of tiny tiny green clothing, put them on the workbench where the unfinished shoes had been.  This time she and her husband hid in the closet watching the workshop.  Long after dark, two tiny figures found the clothes instead of unfinished shoes. They put the clothes on, danced about singing in the candle light, then left.  Never to return.

I don’t recall there being a reason for the brownies arrival in the first place.  I’ve always assumed the details of who the people were was mostly irrelevant to the brownies.  They were just people in need who they could help. 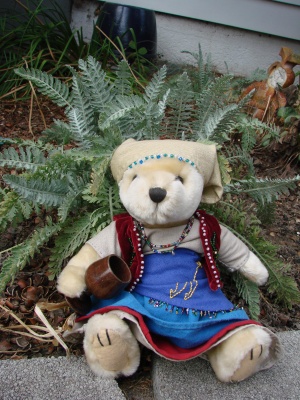 Cute story right?  Well stories like that told repeatedly to small children will leave weird permanent scars on their psyche.  I’ve developed this hobby over the last couple of years and even I think it’s a little strange, but I can’t seem to stop.  I get stuffed animals and make teeny tiny ridiculously elaborate costumes for them.  Then I give them away to people who I think will be delighted by them.  The kind of delight that makes a grown up swallow a happy squeeing sound before anyone notices.  Getting anyone over the age of 12 to almost make a sound of unexpected delight feeds my soul, I’m convinced.  Under twelve is good too, but its not nearly so much effort.

The brownies convinced me when I was young and defenseless that no matter how old you are, magic can suddenly appear in your world.  You can’t ask for it, or expect it.  It can make you smile and dance and hide in the closet watching ‘til dawn.  And maybe most importantly, that It has to be freely given without any expectation of payment or thanks.

So the next time someone asks me about the bears, I’ll tell them the brownies made me do it.  They won’t look at me any less strangely, but I’ll know why I do it.  And really, being looked at strangely started with those old ladies, so I guess that’s fitting too.

Vivien lives in Portland Oregon with two cats, a smart dog, a happy dog and a brilliant husband. View all posts by Vivien NicUldoon