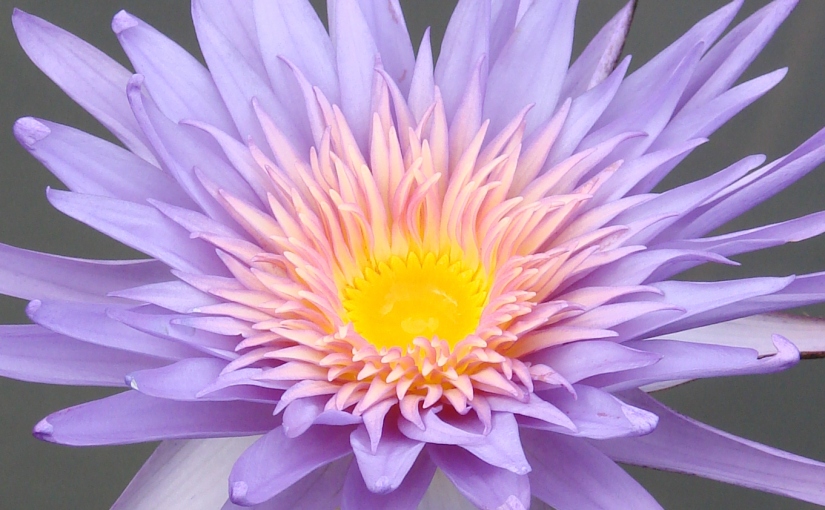 When I’m forced to witness that whole ‘Circle of Life’ crap at high speed, I expect Lion King music at least.  If the universe can’t supply that, I’m going to need an ice cream sundae, a lot of hugs and a flapper dress.

My favorite aunt turned 85 last weekend.  I was going to race down before work on Monday and decorate her breakfast place with balloons, but instead I got a text on Friday that there was going to be a party on Sunday.  Since my husbands family was spending the weekend with us and helping us paint every-freaking-thing in the house, the timing was inconvenient.

Instead of painting walls Sunday morning, I found myself snuggled up at the computer with my 4 year old nephew playing Guild Wars.  I steered our character around with the mouse, while he carefully found and pushed on they keyboard (ONE time) the letter or number I called out.  Together, we vanquished monsters, helped farmers harvest crops and explored the virtual world for about an hour.

A few hours later, I headed down to my aunts retirement facility to be a part of the other end of the spectrum of life.   We spent a little while decorating the social room under the erratic direction of the 6 residents scattered around the room when we arrived.  After we’d made the room suitably festive and garish, my aunt was wheeled into the room and immediately harangued by this guy I didn’t recognize.  He was tall with a full head of iron grey hair and a lean, hollow frame that outlined how muscular he must have been when he was younger.  His plaid shirt was snapped neatly up to the collar and matched the turquoise and silver ring that covered the entire first joint of his middle finger.  He and my aunt started the kind of rapidfire back and forth harassment that sounded like something out of a buddy-cop action movie.  If anything they said had been between strangers, there would have been flying fists and thrown chairs.  Instead, it was hysterical, naughty, and I’m positive it was ratcheted up to 11 because they had an audience.

As I walked around handing out diabetic comas in the form of sherbet filled punch cups and slabs of cake  overflowing the confetti patterned paper plates with enough icing to fill a pothole, I heard the funny old guy talking again.  He was looking down at the blue plastic party table cloth and said “Thats what the ocean looked like the day we bombed Hiroshima”.  And just like that, he had my full and undivided attention.  I knelt down at the end of the table and listened until my knees went numb and he was done talking. Every once in a while one of us would ask him a question and he’d be off on another fascinating story about his life.

In the Navy during WWII, the day the bomb dropped on Hiroshima, he was on the ocean.  For 2 hours afterwards, he said the ocean was as flat and still as a table top.   He remembers animals from the islands being blinded and deafened.

He described the day he and his two buddies were manning one of the big guns on their ship during an attack.  They needed a different kind of ammunition to shoot at the planes and he was the one that ran below decks to get it.  When he came back, the giant gun was split in two and both of his buddies were dead and blown off the ship.

Not long after that, when he left the Navy, he bought 12 military jeeps still in their crates for $100 each and had friends truck them to where he sold them for $500 each.   He’d been in trucking before the war and still had friends in the business.  He remarked in a very irritated tone that you can’t even get those jeeps for $1,500 now-a-days.  I quietly wondered at the… “logistics” of a dozen jeeps owned by someone in Hawaii making their way over the ocean to the continent where they could then be trucked “somewhere”.

Back stateside, he started working as an animator for Walt Disney.  Mickey Mouse, Donald Duck, he worked on all of them and he liked Walt Disney.  He loathed Walts’ brother – who took over after Walt died.

He worked in Hollywood for years.   His best girl is still Linda Carter – he has a signed picture of her on his wall today and swears she winks at him every time he walks past it.

When he was done with his cake and punch, he told my aunt happy birthday again and wheeled one of the other residents back to her room on his way.

After he was gone, I talked with some cousins I haven’t seen in years.  The trio of sisters are all retired now and having grand adventures they regaled my aunt with.  One of them drove a horse drawn wagon across Ireland – camping each night with people from around the world.  The horse was uncontrollable and they remember him only as ‘Red devil’.  Another cousin Volkswalked in Europe, Ecuador, every US state and she’s almost completed every US State capitol. All three have been visiting family across the country.  They brought my aunt her high schools’ yearbook from 1943 and we looked at  all the pictures of her husband when he was an athletic and very handsome 18 year old.  The whole conversation was fun, funny and filled with a zest for life.

As I was driving home, I kept thinking about my aunt and the man whose name I forgot to ask.  They aren’t angry about slowing down and getting old.  They’re present, and filled with treasured memories.  Even the memories that aren’t joyful have the weight of making them into the people they are.    My aunt likes hearing about my adventures but she doesn’t need them to live vicariously through.  She’ll tells me that she’s had a full life and a lot of memories.  She doesn’t regret anything because she seized every moment: every opportunity to experience life; every chance to meet someone new or try something different.  I grew up delighted by watching her horrify our family with her adventures and shenanigans.

When she moved into a retirement facility, she gave me one of her flapper dresses with a matching hat.  At some point in her 50s she discovered Jazz festivals.  That led to her and her best friend learning to make gorgeous flapper outfits complete with hats, boas, feathered headbands, ropes of pearls: the whole 9 yards.  They traveled all over the place wearing their fancy duds to dance to live Jazz. One of my earliest memories of her is at a Jazz festival in Old Sacramento.   A few days a year, OldSac packs every building, stage and alleyway with bands that play late into the night.  I remember being up long past my 5 year old bedtime and wandering from alley way to alley way seeing my larger than life auntie dressed up as a flapper as our guide to Jazz.

Her favorite phrase is: “Well, it’ll be a new experience”.  From the tone of her voice, I’ve never taken that to be defeatist or depressing.  I’ve always heard it as a celebration of life and gathering in its fullness – there’s always value in a new experience.   At the very least, it will be interesting, but until you’ve tried it, you won’t know if it will be spectacular.  That horrid phrase ‘It is what it is’ sounds like its antithesis to me.

So what about us my friends?  When we’re 85 will you look back with me and rejoice in all the things we did or bemoan all the things we could have done, but didn’t?  Put on your flapper dress or fancy duds, lets go find some shenanigans to get up to.